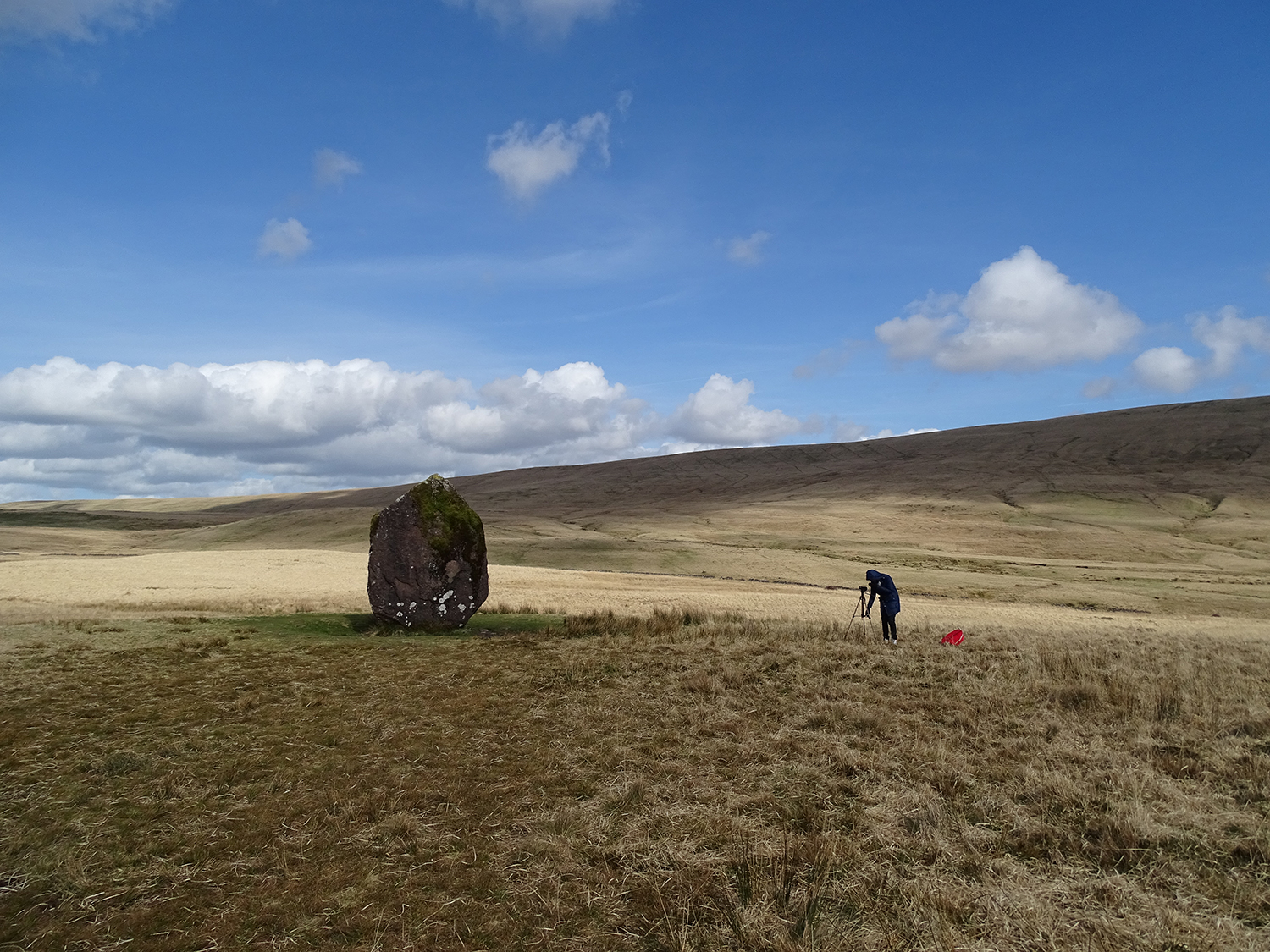 Mono (2015) is a mystical film on monolithic architecture, monophonic music and the ancient female old. A celebration of slowness. Ghost shots. Ghost sound. Ghost Space. A phantom (of the past). Mute as a stone …

A dense video-audio dynamic, demanding and minimal, suggests a mysterious background story, a genesis of drone and stones. Alongside with atmospheric static shots of various ancient and modern monoliths (including an artificial one), the tale is performed in three languages (English, Welsh and Old Norse) narrated by women of different generations and cultures representing the ancient past, the current presence and the distant future. No actual reference to time or place is made.

Six musicians have designed music for different passages of Mono creating opaque sounds and spatial compositions establishing a further dimension, altogether shaping a film where sound, space and story merge together and become one.

Dead slow and dead low, manipulating what is silence and what is sound creating her own myth for the future soul to read.

Screening on Wednesday the 30th May