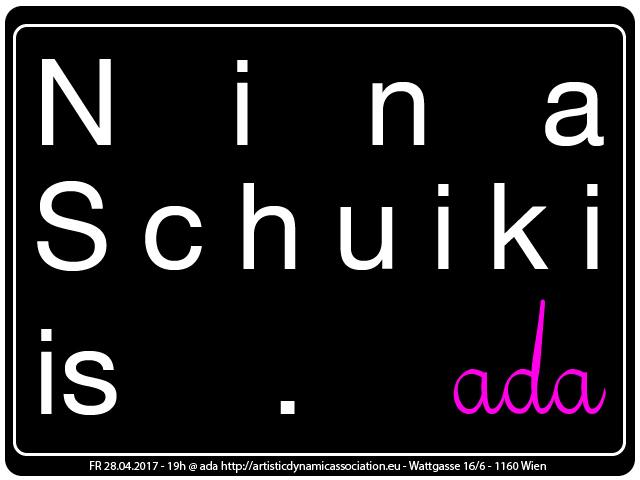 „Nina Schuiki’s work is characterised by a unique negotiation of space and situation, taking the form of subtle interventions, installations and objects. By engaging in the spatio-temporality and history of each context in which her work emerges, the referencing and exploration of detailed traces brings to light something that was already inscribed into the structure but ordinarily escapes attention. Schuiki applies her interest and artistic conceptualisation toward an inquiry on form-finding and the materiality of art, on the act of visualisation and perception.
A fundamental constant of her work is the discourse upon the parameters of perception, which she adopts by way of site-conditioned gestures that change or irritate a concrete situation. Walter Benjamin spoke of a “Wolkenwandelbarkeit der Dinge” —— the changeable perception of things —— which can metaphorically as well as literally be applied to many of Nina Schuiki’s pieces. However, her aesthetic gestures also always remain as concrete actions in time and space, rooted in the visible cause and effect principle of the here and now. The remarkable enchantment in the encounter of the created perspective lies exactly in the simple precision of a gesture that can unfold with tremendous impact. With her minimal, aesthetic interventions into given situations and conditions, Schuiki attempts an astonishingly tangible dematerialisation of art that surprises us by this very paradox.“    Julia Thiemann, Curator
http://www.ninaschuiki.org