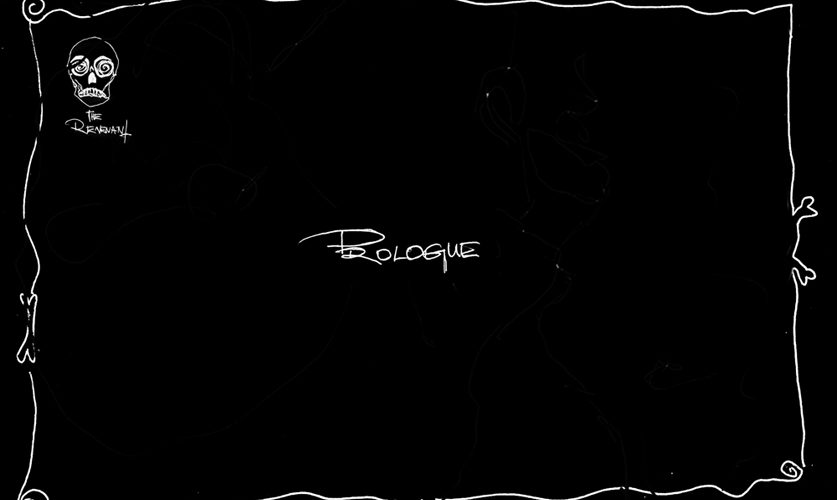 Can the ego be kept in the ‘outside’, in the ‘before the world’ and ‘away from it’; in limbo?
In the clasp of time that remains; as good as you can if you can, as well as you can when it’s possible: to do as little as possible to make history grow. Our own, and that of others, and the sums of both. The crowd 1 is monstrous. And it has a life of its own that tends to infinity. Marches to infinity. (Those who believe call this life of its own which withdraws their options God.)
Like a procession that constantly forces onwards the human flow of ink onto the paper of their bodies in waves of thrusts. Never break off, never stop, and look in all directions that might exist; that are not yet lost.

In the end, the biography dissolves. It disappears into the marginalization of a (your, my) disintegrating body, dwindling material. The ego hides in the ashes and loses itself in the sand of the earth of the body. In the peat that makes the world; in the peat of the world, in the peat that is the world.

The wombats crawl back into the man-father who consumes them, and who they are, and who devours them from inside.2

History has us. Our own typeface. We go through it, it devours us and we nourish it. It is the worm that swells. In we go on one side and out on the other. Where the worm bites its tail and embraces the world in eternal dance. The worm continues to swell as the world of human beings passing through it. Enter here, get out there! Why did anyone want to feed this monster with its history? For the sake of his ego. So that an ‘I’ can be!
World without ego is a now. An ‘only now’ that is. The ego is a typeface of it. I-worlds persist in the long run. That is: for a determinable time. The ‘only now’ is not mediated.
Anyway, history grows and forms proportions. It pro-pagates.
The nature of this pro-pagation is religious – like any propagation without a real seed or germ. Just archival material.
It is its goal and purpose to transcend itself. The increase of archival material clearly reveals the purity of a religious propagation. This propagation is itself its origin and religion continues to bear this basic trait in pure form. (There is no such thing as ‘before’; only a propagation become typeface image in the midst of the act, in the process of multiplying.)
The propagation is sacred – for all eternity – from the point of views of the observance and fulfilment of the dogmatically recited in-out, in and out of the worm of time.

The God-story dreams and tells of another, parallel world history: this is in the Hereafter – so the story goes – this Beyond after excretion from the wormhole: front, back, probably plays no role in the multidimensionality without space-time. The dream of the Hereafter becomes a metaphorical, linguistic This Worldly. The real promise in it, though hidden, is not in milk and honey, but in the standstill of history. At last, history is left in the peace before all egos and, even more, we in the peace before history! An eternal breather.

This parallel This Worldly has become world by writing, by one of the great religious tricks, whose presence is believable and appears with believable features.
Beyond this meaning, as the end of the tunnel, intestines, or whatever it has been called it, means both entry and death. Admission and expulsion are the same moment; communion always means both, without exception.
(This is why imaginations of Paradise contain no real birth.)

The world is merely the conceptual, biographical vessel in which the ego gorges itself. From the ravening beast to the excrement itself. Dung is the sustenance. History is the walls of the tunnel that surrounds us, carries us, and on whose cave wall we leave our marks. Like attrition.
Meaning and the giving of meaning of a never-ending, eternal narrative, history – the history of the divine ego as such.
Ego as god, as such; then the ego that became God and now augments itself in every new I, in every new narrative, drawing on the wall, on the body. The ego that became God augments itself in the monstrosity of the mass, thus sustains and continues itself. ‘All will live on who are my mass’: this is the promise. A fundamental feature of religion in history is the demand for ‘forever and ever’; whether as a promise and promise of salvation or as a threat and damnation.

Remarkable, although somewhat unexciting, is the process of the many egos that make up history (processually and simply by learning to divide their time and make it determinable) as the transformation into a God-Ego, which writes history. It is very likely a biochemical error that human beings have been cultivating since they came into existence and that is constitutive of the species. As culture is valid.

An exaltation of man’s physical limits beyond determinable time. The physical expansion, from the inside out – like everything that grows – transcends and twists into the tunnel tube and back around itself into the ego. The limits of physical expansion become limited by the surrounding world-conception. Because this is in front of the mirror image in which the self cannot find itself.
Culture is metaphysics. Thoughts do not make a world – our belief? But always only a picture of the world.
Language, a metaphysical model, does not make a world; only a picture of the world. What is the difference? Images are changeable. Transcendence is endless. The picture dissolves on the cave walls, it is not fixed. It can writhe and transform itself (pictures of the past change their meaning fast).3
The body holds the image (like a tattoo), but only for a definable duration, until it disintegrates, and with it the image of the ego as the image of its world.4

Body goes, ego goes – God remains. A nice idea.
Body goes, ego goes: God remains. Everything spins in vertigo. Peristalsis has no inside and no outside. Is it swallowing or spitting? Puking or sipping? It’s all the same thing anyway (or just a question of the current state of mind). Front, back, inside, outside.
The God-Ego remains and is passed on as in a relay race. The procession forms the worm. The worm is the beginning and the end that continues itself as a single moving mess – as God’s embodiment in spirit. A contradiction, of course. But so tempting!
It is in this that the proof of God consists. In the spirit that wanted to become matter, but made it only to the image – completely without seed.

Passed on and turned inside out, transformed and somehow also used up. The ego not only creates – itself as an image of the world of permanent biography – no, it also consumes itself. It eats itself up; else it has no food.
Certainly, it will hardly be possible to abolish – conceptually – the quantum-theoretical absurdity of energy – as matter – that is, to concretize it. Then the divine mystery of body and mind would be done with.

The ego not only creates; it also changes and transforms. The more it does so, the greater the design, the image. The greater the image, the more it feasts on its own excrement. It, the picture, nourishes itself at the expense of the options that are lost. Our own. That is the transformation in it, the transformation in the creation of images. Possibility in thought into impossibility through writing. Indeterminateness into determinateness, immediacy into mediation, and now into always! ‘… the temporal is held fast, but refined in a sensual eternity, in the eternal instant of an embrace.’ 5 A breather … a digestive break.

Possibility in thought of impossibility and of exclusion, of the already consumed and the wasted freedom of the possible – from the fluid to the fixed, from the easily movable to the difficult to move. So don’t make a picture of yourself! Of y o u! This is the first iconoclastic requirement. For we are being overcome by the suspicion that this idea of the world is simply going nowhere.

1 Allusion to Elias Canetti’s Crowds and Power
2 Allusion to Carl Strehlow`s Aranda Traditions
3 ‘Pictures of the past change their meaning fast’, quotation from Amon Düül II, Wolf City, ‘Jail House Frog’, 1972
4 Comment: The body holds the image, the dead hold God, and they hold, con-tain, him for all the rest. In summary, we see the desire for a downfall of chiffres – tabula rasa – quite logical. Systemic. Just as different competing worldviews contribute to each other – that is, to those left over. The masses have become uncanny even to themselves because of the sheer dimensions of their monstrosity. The limitation and scarcity of the available places in the Hereafter is the attempt to reorganize the unmanageable story – albeit wrong in detail – so that its presence is again believable.
5 Søren Kierkegaard (Copenhagen 1843), Entweder-Oder (Holzinger Verlag, 2013), 368.
Translated by Jonathan Uhlaner